Where Have All The Angels Gone? 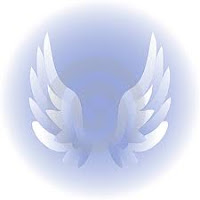 "spirits sent to care for people who will inherit salvation." (NLT)

There are accounts throughout Scripture of angels coming to the aid of God's people and rescuing or protecting them.

Struggling Saints
But as I look around me at the fellow believers I know and love I see that most of them are struggling with one problem or another. I've been asking the Lord for some time what is going on.

I believe God is on the move and the forces of darkness are consequently mobilised to do all they can to limit the effectiveness of God's people. But if we're on the winning side, why does it seem such a struggle at the moment?

And then this question occurred to me. Where have all the angels gone? Scripture indicates that we have personal angels assigned to us (Matt 18:10, Acts 12:15) but it sometimes feels as though mine has gone off duty!

War in the Heavens
Daniel's experience is enlightening. When he had his encounter with an angel (Dan 10) he was told that the angel had been delayed because of the activities of other spiritual forces. We often forget that all around us there is an unseen spiritual realm where warfare is being done. We need to be aware there is more to life than what we see with our eyes.

The thing that released the angel coming to Daniel was 21 days of mourning. Along with that went a degree of fasting - Daniel was seeking God with a passion. Something similar happened in Acts where the church was gathered to pray very earnestly for Peter (Acts 12:5) who was being held in prison. An angel appeared and rescued him.

Prayer Releases Angels
The key thing to note is that these angels did not appear as a response to a casual request or an "arrow" prayer. In both situations the petitioners had given themselves wholeheartedly to praying. They had deep personal concern about the situations that drove them to seek God's answer with everything they could muster.

Prayer College Assignment
If you are aware of people who are struggling under enemy onslaught, pray earnestly for them, even asking God to send an angel to protect them (Ps 34:7) or rescue them (Dan 3:28). Don't give up until the answer arrives.
Posted by Handsworth Wood Christian Fellowship at 9:06 pm