The Sound Of His Voice 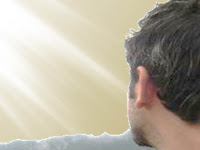 Prayer is supposed to function as a two-way conversation. It is about listening as well as talking. The problem is that there are too few of us willing to listen.

"Why does God tell me such trivial things?"
This was the question posed to my husband this week. An elderly lady had been visiting her niece when she thought she heard the Lord tell her that a particular house in the road would be put up for sale. She said nothing, but a couple of weeks later the niece phoned and mentioned that there was now a house for sale in their street. "It wouldn’t be number 5 would it," the lady asked. The niece was astonished. "How did you know that?"

The answer my husband gave was that the Lord was teaching this elderly lady the sound of His voice. By hearing Him about unimportant and insignificant details she was learning what the Lord’s voice sounds like. Then when He has something important to tell her, she will be able to recognise who is speaking to her.

The Shepherd’s Voice
In John 10 Jesus talks about the sheep who know and follow the shepherd’s voice. The only way the sheep are going to know which voice to follow is if the shepherd keeps talking to them and they keep listening, becoming familiar with it and knowing that safety lies in following that voice. In v 5 of that chapter the Lord says,

"They won’t follow a stranger; they will run from him because they don’t know his voice." (NLT)

I wonder how confident we are that we can recognise the difference between the sound of the voice of the Lord Jesus and that of a stranger.

Teach Me The Sound Of Your Voice
Steve once prayed, "Lord, teach me the sound of your voice," and again the Lord began to teach him by speaking about trivial things. In this case it was about putting the kettle on. He used to meet to pray with two young friends who were particularly irregular in their habits. Although they had an arrangement each week to pray together they never turned up at the right time. Steve started to hear a voice telling him when to put the kettle on. His friends would arrive just as the kettle boiled.

Prayer College Assignment
Ask the Lord to teach you the sound of His voice. He will do this. He created us to have fellowship with Him. Anyone who earnestly seeks to hear God’s voice will have their prayer answered because He longs for opportunities to talk to His people. As I said at the beginning, so few people are willing to listen.
Posted by Handsworth Wood Christian Fellowship at 6:38 pm